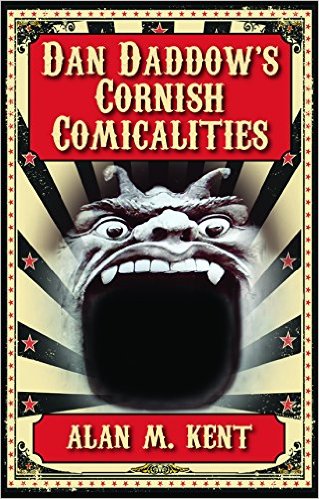 It is easy to assume that Cornwall only opened itself to the variety of gender identities in recent decades because of what has so far been presented to readers. However, Cornish author Alan M Kent is questioning whether Victorian life west of the Tamar was as straight as previous period dramas might assume.

His book, Dan Daddow’s Cornish Comicalities follows the return of a Cornishman to Truro in 1850 where he takes on running the Assembly Rooms. He considers himself an impresario and that his sexual preference could equally be men or women. His own reference might be ‘ambisextrous’ but many people of that era would see him as a ‘dandy’.

His theatrical campaign to turn the venue from a dance and gambling hall to a fully artistic house of entertainment meets many a character – including a Mr Wella Davey, whose act involves speaking the Cornish language.

Kent also paints a vivid picture of life in Truro during the early Victorian period when the town smelled of fish guts and the stink managed to find its way everywhere. He describes the newly cobbled Boscawen Street, the rebuilt City Hall, and how there was no piazza in those days – just a quay for luggers.

Dan Daddow is also an important milestone in Cornish and Celtic culture because of the importance it places on creating realistic dialogue in the dialect of the day. It also reflects the latest academic studies proving that the Cornish language was still alive and spoken in the west up until the turn of the twentieth century.

Alan Kent has pulled off a literary feat in that he manages to pack in a large amount of historical knowledge with great characterisation and pure, unbounded, fun.

Please find below press images and 7 promo videos for your use: